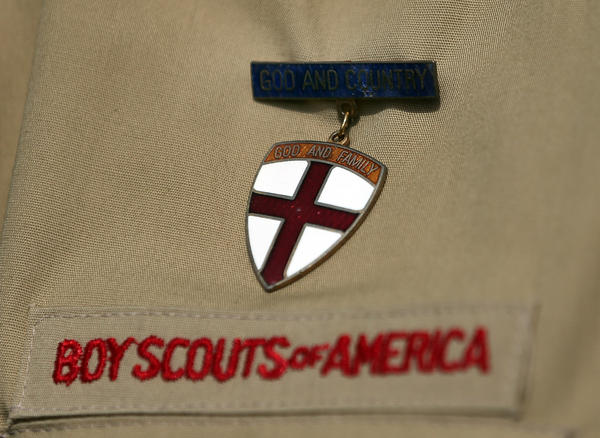 In a highly anticipated vote Thursday, the Boy Scouts of America lifted its ban on gay youth starting next year, the latest sign of a shift in American attitudes toward gays and lesbians.

The resolution was adopted with more than 60% of the vote.

The vote to allow gay youth in Scouting — but not gay adult leaders — was held from 11 a.m. to 2 p.m. Central time during the group’s annual meeting in the Dallas suburb of Grapevine.

After about 1,400 members of the Boy Scouts national council voted by secret ballot, their votes were tallied by an outside balloting firm, Washington, D.C.-based True Ballot, and delivered to Boy Scouts President Wayne Perry, who announced the results to the gathering shortly after 5 p.m. Central time, according Boy Scouts spokesman Deron Smith.

The new policy takes effect Jan. 1, Smith said. Gay advocates called the vote a step in the right direction for the 103-year-old group, among the nation’s largest youth organizations with 2.6 million youth members.

“Today’s vote ending discrimination of gay Scouts is truly a historic moment and demonstrates the Boy Scouts of America’s commitment to creating a more inclusive organization,” said Zach Wahls, 21, an Iowa Eagle Scout raised by lesbian mothers who founded Scouts for Equality, which advocates for gays in Scouting, and traveled to Texas for the vote.

He called it “a tremendous victory toward the fight for equality in America. … We look forward to the day where we can celebrate inclusion of all members and are committed to continuing our work until that occurs.”